2019 was a great year for me because my daughter was born. Of course, changing diapers at 3 AM can affect productivity, so my plans for the year were analogously discarded. Nevertheless, I'm proud of our accomplishments this year and I believe that we're set up for a great 2020.

The outlook for 2020 is brighter. This year will be the 10th anniversary of the release of Transcendence 1.0, and to celebrate, we're going to release a new major version (see below).

In addition, we've hired PR firm Novy Unlimited to promote Transcendence and to help us reach new players. I'm excited about the potential for this partnership, and I believe this will significantly increase sales in 2020.

Anacreon continues on the back-burner, but still attracts players. There are about 20 people playing regularly. I was able to do a bug-fix release in 2019, but I did not get a chance for more substantive changes.

This year I will again carve out some time to work on the game.

Kronosaur Productions is tiny. We don't have a hundred people working on Transcendence nor a multi-million dollar budget. What we have is time and persistence. Over the last ten years we have steadily improved the game. Year after year, release after release, we get closer to our vision. Progress is always slower than you might wish, and very often slower than we predict. But we're always building the future, and we're not stopping anytime soon.

Version 1.8, which we released in 2019 is a great example of this progress. We added new playable ship classes, and shipyards to buy them from. We revamped trading mechanics and armor balance. And we updated dozens of ship and station images, while fixing hundreds of bugs.

Every year we make progress, but it's worth asking: What are we progressing towards? What is the ultimate vision for Transcendence?

I grew up watching Star Trek (the Original Series) and I remember thinking that I wanted to live in that universe. Imagine what it would be like to travel from planet to planet in a massive starship surrounded by a competent and experienced crew! Later, after Star Wars came out, I would daydream for hours about exploring the galaxy in the Millennium Falcon.

Of course, I don't have the skills or resources to build an actual space program (talk to Elon Musk if that's what you're looking for). But what we can do is build an interactive fictional universe—a video game—in which you can experience epic stories and adventures. Best of all, this fictional universe is customizable (via mods): you can go behind the scenes to improve or alter your experience. 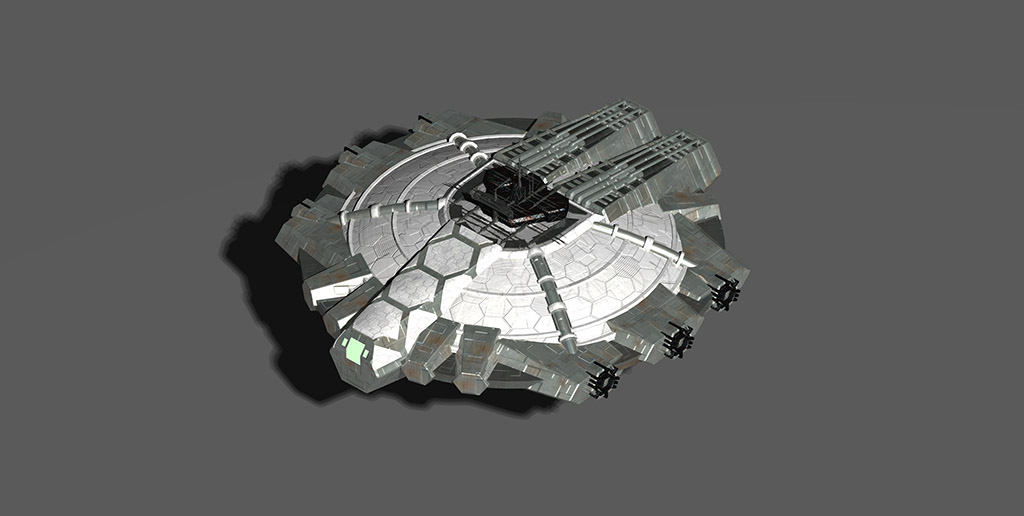 In the short-term, of course, we're limited by our production budget. But every year and every release we'll expand the universe and the experiences you can have in it. Today you can fight in the Battle Arena, join the Commonwealth Fleet, and smuggle Martian nori into corporate enclaves. Tomorrow you'll be able to command a Commonwealth Star Carrier and visit the Galactic Core. Maybe someday you'll be able to land on planets, lead a marine landing force, or infiltrate a Sung Citadel as an assassin.

In the end, whatever experience you want to have in the Transcendence Universe should be possible. Whether in the core game of through a player-build expansion, we will figure out a way to make it happen.

And that's the ultimate vision of Transcendence. Yes, the journey will be hard and long, but everything worthwhile always is.

The Vault of the Galaxy

Vault of the Galaxy, Part II of the Pilgrim's story, is easily the most ambitious expansion we've ever done. Yes, it's years late, and yes I keep on promising to release it only to fail. But I think the end result will be worth the wait.

I'm most excited about introducing the various alien races populating the galaxy. From subsapient space creatures to ancient empires, the player will encounter myriad sovereigns, each filled with dramatic and game-play possibilities.

But this is also one of the hardest parts to create. Tropes and archetypes that work in Human Space—crime syndicates, space navies, etc.—either don't apply or need to be radically altered to fit in with alien civilizations. Fortunately, there is a vast treasury of science fiction I can mine: Everything from David Brin's Uplift Saga, to Gene Wolfe's Book of the New Sun, to popular settings such as Star Wars and the MCU has served as inspiration. What are some of your favorite inspirations for alien species? Let me know here.

In 2019 I made good progress on Part II. I worked on fleshing out the items required for mechanist technology and on creating side-missions for Erebien and others. My plan for 2020 is to do a similar pass for the other two technology paths (biotech and archaeotech) and then release Beta 1.

In last year's Annual Report I talked about working on improving Eridani to attract more players to the game. Since then I've had two realizations: First, making the game better for new players is crucial for increased adoption; we need to make a series of improvements beyond Eridani. Second, since 2020 will be the 10th anniversary of the release of Transcendence 1.0, we have a marketing opportunity to get some PR around a release.

To that end, I've decided to release Transcendence 2.0 in 2020 with a host of improvements specifically designed to attract new players.

You've seen some of these improvements in the 1.9 stream. One of the most important ones, in my opinion, is the addition of levels of difficulty to the game. I watched a first-time player do a run on Story Mode (the easiest level) and they had a wonderful time and got pretty far into the game.

The full plan for 2.0 is still being worked on, but I'm tracking the major features in Ministry. Please take a look and let me know what you think.

Last year I kept up my weekly Twitch session and of course plan on continuing that this year. I've been playing a game that includes Elemental Shift (Song), The Backroads (AssumedPseudonym), and The Stars Beyond (Wolfy). It's been amazingly fun to see the different enemy factions and wondrous devices included in those expansions.

As always, I'm grateful for all the community support we received in 2019 and look forward to continuing on this amazing journey with you all! 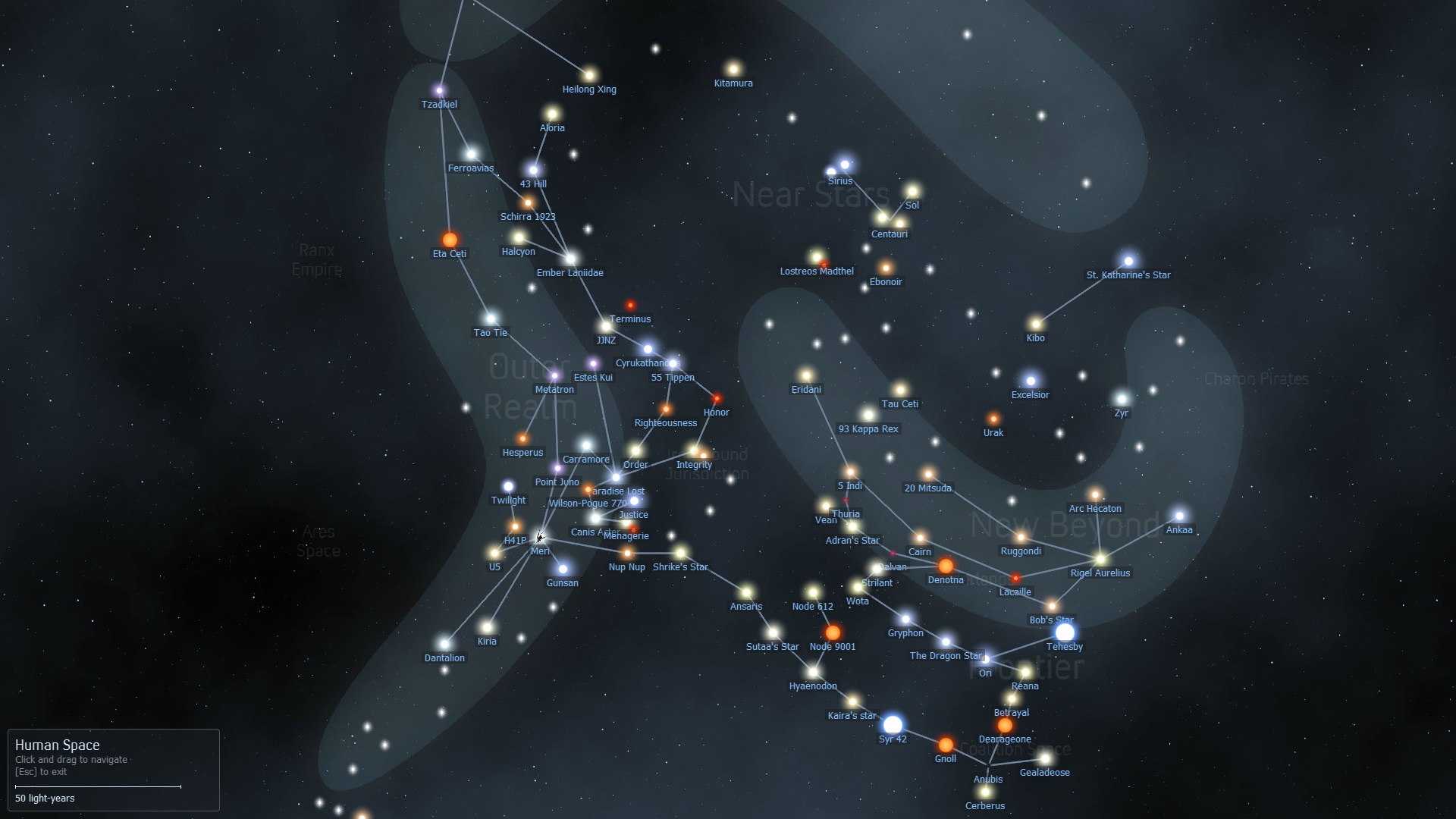 Matteson Claus is our creative developer, helping with planning and marketing ideas.

Music Director Michael Tangent is composing and recording new tracks for The Vault of the Galaxy.

Our PR agency is Novy Unlimited.

Thanks to everyone contributing bugs and suggestions to the Ministry of Records. I specially thank AssumedPseudonym, Cinnabar, Derakon, erwgd, Ferdinand, PM, Relanat, and The Shrike.