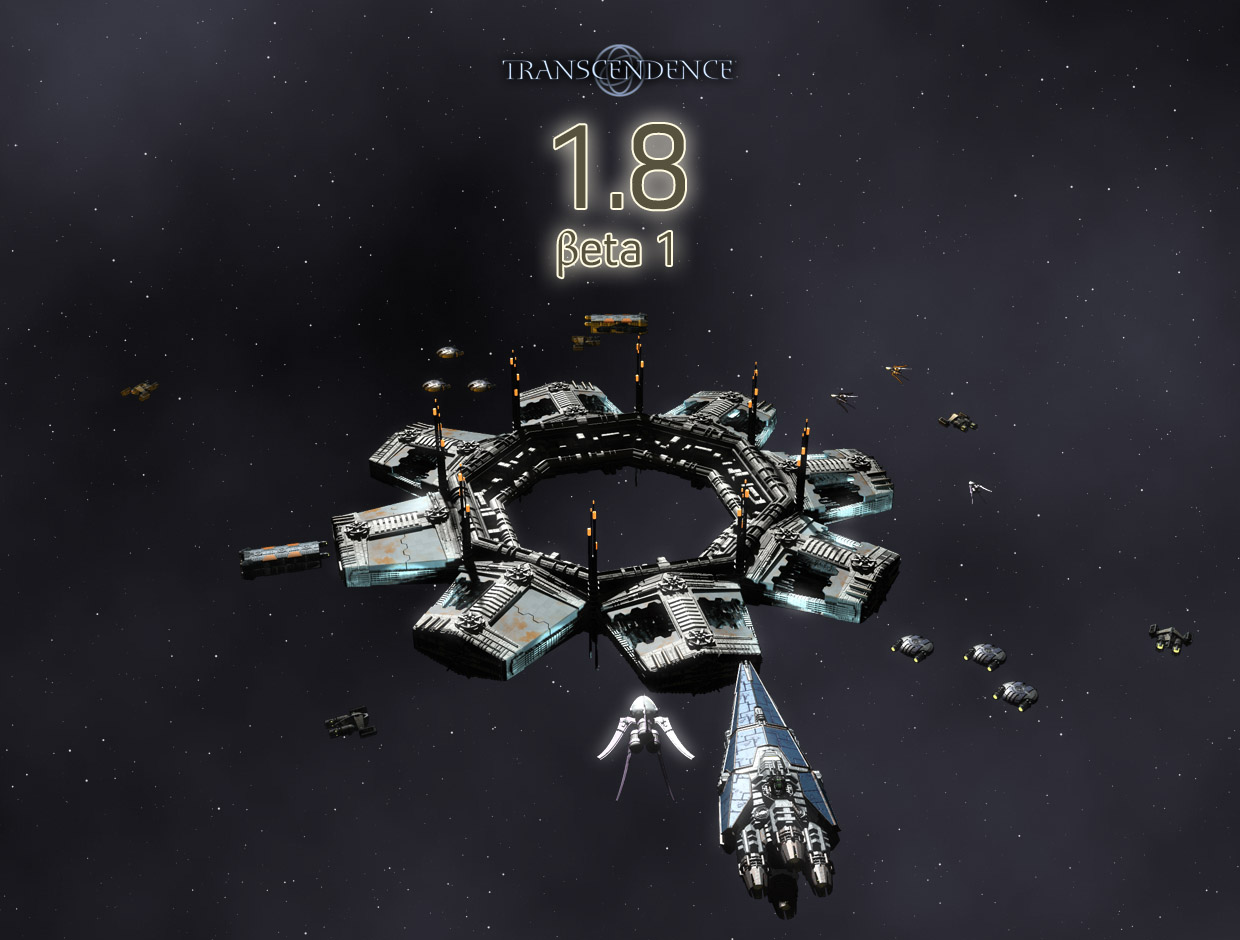 Transcendence 1.8 changes some of the core game mechanics in fundamental ways. When I first started the design for this version, I wasn't planning on making such radical changes, but now I'm glad I did. I believe these change have led to greater mechanical richness.

In Transcendence, your ship is your character. You upgrade your ship the way you would level up your character in an RPG. That's still the case in the core game (at least in Stars of the Pilgrim) and is not likely to change.

But there's no reason we can't offer a chance to buy a different ship in the middle of the game. If players want to do it, great. If not, they can always stick with their current ship. We've added yet another (hopefully) interesting choice.

In version 1.8 you'll be able to buy 8 different ship classes inside the game (9 with Corporate Command). 5 of these are classes that we're not playable in previous versions: EI100, EI200, Centurion, Centurion/X, Minotaur, and Minotaur/M.

Players will get hints about the system prices in the galactic map and thus will be able to make interesting choices about what items to carry and sell.

Equipping your ship should involve trade offs. Do you want an omnidirectional weapon or a fixed weapon that does twice as much damage? In 1.8, we've added a mechanic in which heavy armor slows down your ship (drops its maximum speed).

1.7 will not automatically upgrade to this release (since it is a non-stable version).

NOTE: We do not recommend loading saved games from previous versions. If possible, start a new game with 1.8 Beta 1.

Thanks to everyone who contributed to this release, especially: AssumedPseudonym, erwgd, Ferdinand, John B. Watson, PM, Relanat, The Shrike, and Xephyr.