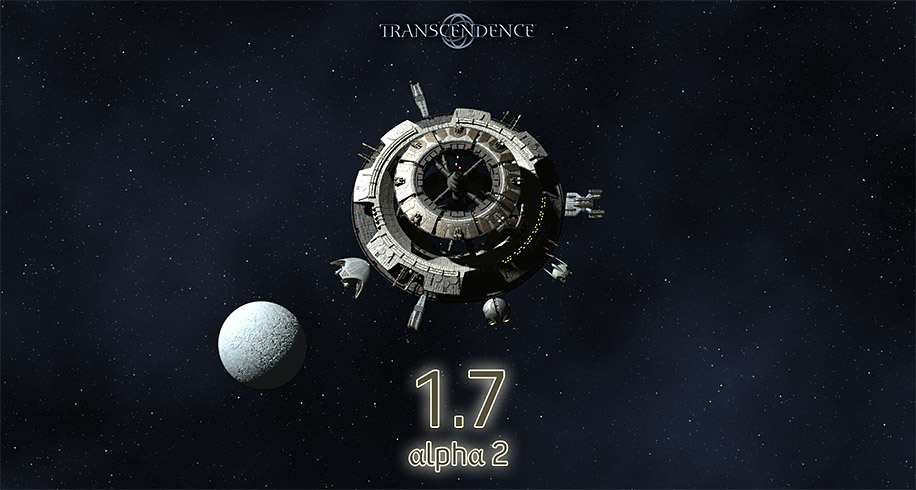 For this release we've continued to focus on gameplay improvements, including mouse controls, keyboard mapping UI, and galactic map improvements.

Though I was skeptical at first, controlling the ship with the mouse feels pretty good. Mouse control is enabled by default: use the mouse to point your ship in a particular direction. The right-button thrusts and the left-button fires.

I've found it much easier to aim, though maneuvering seems a little harder. Try it yourself and let use know what you think.

Of course, keyboard controls are still supported. If you move with the keyboard, mouse control will be disabled until you move the mouse again.

We've received lots of feedback about providing an easy and discoverable way of mapping key controls. In Alpha 2 we've added a new button on the intro screen that allows you to map keys with a visual UI.

To map keys, select the Custom layout and click on a key to select it. Then click on a command to assign the key to the given command. 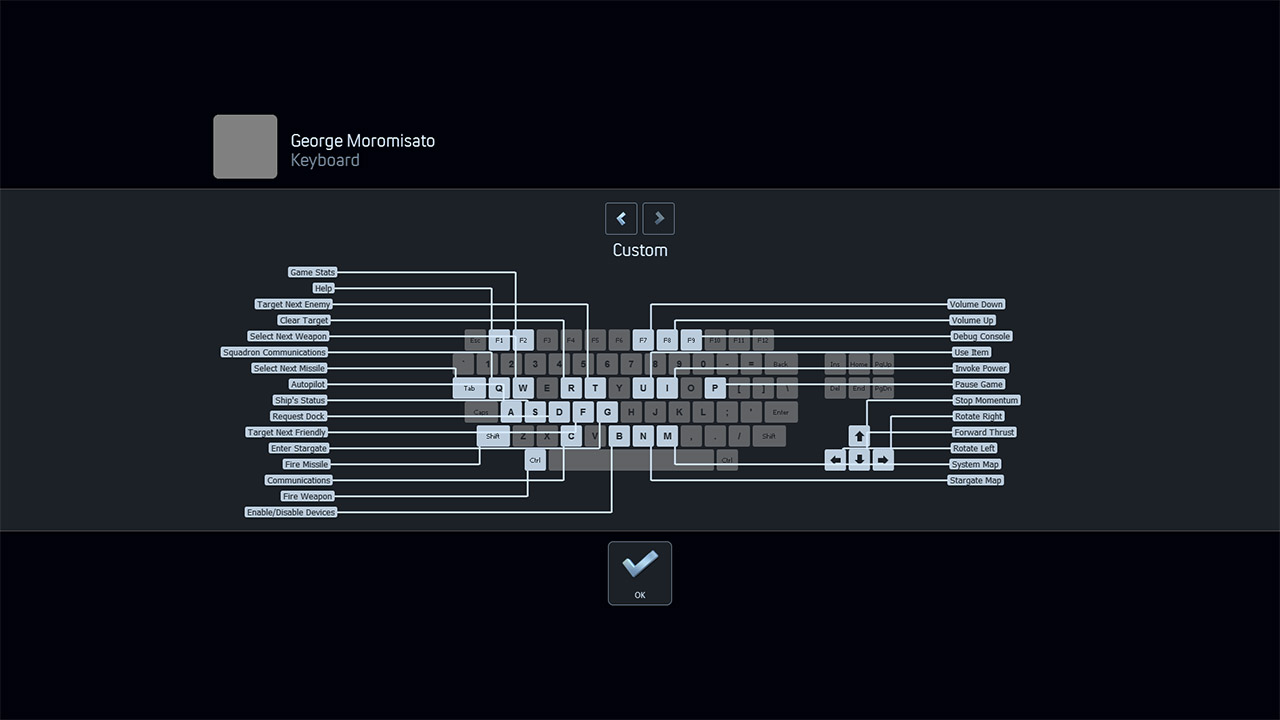 The galactic map gets an overhaul in 1.7 Alpha 2. In addition to upgraded visuals and mouse control, the map also remembers key stations in each system. You'll no longer have to remember (or write down) where you found that Corporate Trading Post.

1.6 will not automatically upgrade to this release (since it is a non-stable version).

NOTE: We do not recommend loading saved games from previous versions. If possible, start a new game with 1.7 Alpha 2.

New to the credits this release: Marmot, Relanat, and Tarbos.

And congratulations to Shrike who advances to the Special Thanks section of the credits.

Thanks to everyone who contributed to this release, especially: AssumedPseudonym, erwgd, JohnBWatson, NMS, PM, Shrike, Xephyr, and Wolfy. 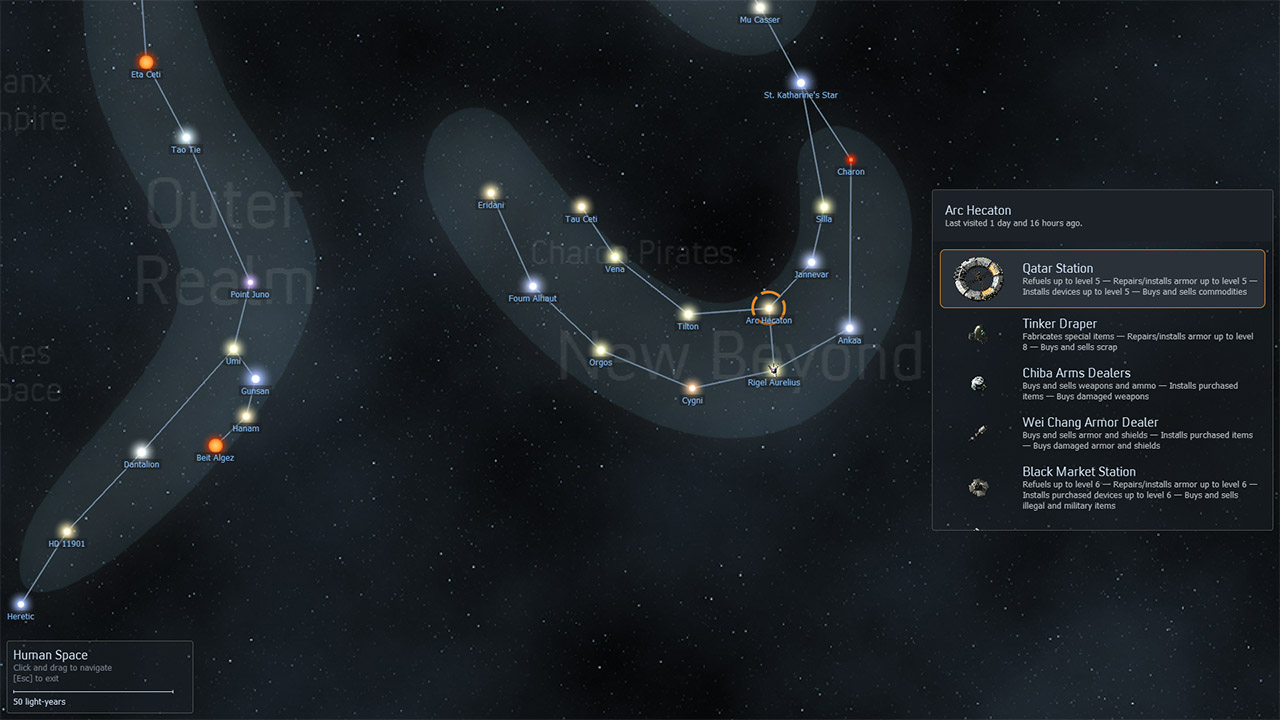